The Snow Leopard is a limited uncommon pet in Adopt Me! that was released on December 1, 2021 during the Winter Holiday (2021). Players could purchase this pet for

These are the tricks the Snow Leopard learns in order:

The Snow Leopard features a gray-colored pet with a lighter gray underbelly. It has multiple dark gray spots all over its body as well as rough fur below its head and torso. It also has two beady black eyes, a pink nose, and black whiskers. The Snow Leopard is angled down, making its rear end appear higher than the rest of the body.

The Neon Snow Leopard glows a yellow-orange color on its spots and feet. 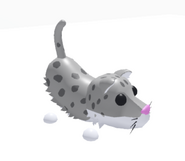 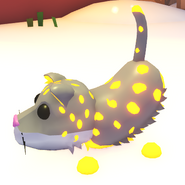 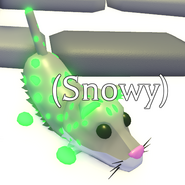