The Sasquatch is a rare pet which was released in Adopt Me! along with the Mythic Egg on August 19, 2021. It can be obtained through hatching a Mythic Egg, or through trading.

The Sasquatch has a brown body with layers of brown fur. It has light brown arms and face, a pair of beady black eyes, and a brown nose. Its hair, feet, and claws are in dark brown.

Listed below are the tricks the Sasquatch learns in order:

The Neon Sasquatch glows bright orange color around its arms and on the fur around its head.

The Mega Neon Sasquatch glows in the same areas as the Neon Sasquatch, except these areas cycle through the colors of the rainbow. 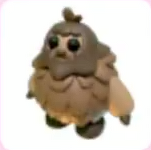 A Sasquatch as seen in a player's inventory. 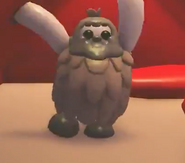 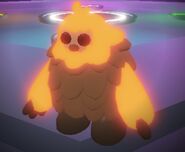 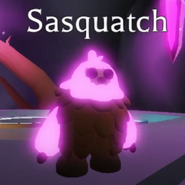