Here are the tricks the Salamander learns in order:

The Neon Salamander has its underbelly, stripes, and underneath its tail glowing a bright magenta. 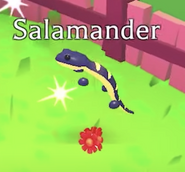 A teaser image of the Salamander. 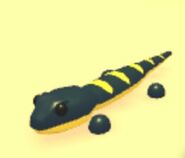 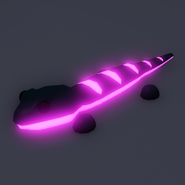