Adopt Me! Wiki
Register
Don't have an account?
Sign In
Advertisement
in: Pets, Interactable, Events,
and 6 more

View source
watch 02:34
Fire Emblem Warriors: Three Hopes - The Loop
Do you like this video?
Play Sound
Not to be confused with Pet Rock.

The Rock is a limited uncommon pet in Adopt Me! that was released on April 1, 2022, during the 2022 April Fool's Weekend. Players could obtain this pet through purchasing it for

The Rock's appearance is identical to the Pet Rock, featuring a gray rock accessorized with googly eyes and a red pipe cleaner which is held up with two pieces of tape.

Here are the tricks the Rock learns in order:

All of these tricks are the same action: the Rock would sit still through all of them and not do anything.

The Neon Rock glows pink on its whole body, except for the eyes and mouth.

The Mega Neon Rock glows in the same area as the Neon Rock, except those areas cycle through the colors of the rainbow.

Burt selling Rocks near the Nursery.

The Rock in Adopt Me!'s thumbnail. 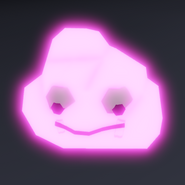 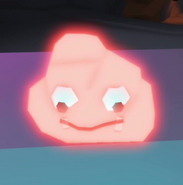