The Red Cardinal features a bird with red plumage, a round, somewhat egg-shaped body, a crest, an orange beak, two tail feathers, and a dark brown spot around the eyes.

Here are the tricks the Red Cardinal learns in order:

The Neon glows light blue on its primary feathers and the tips of its tail feathers. The glow is slightly dimmer compared to other Neon Pets. 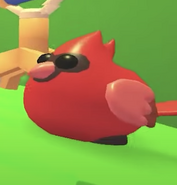 A teaser image of the Red Cardinal. 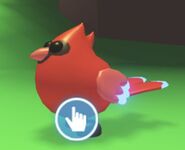 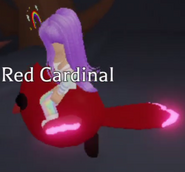