Adopt Me! Wiki
Register
Don't have an account?
Sign In
Advertisement
in: Collectible Items, Toys, Christmas Event (2019),
and 13 more

Ornaments are objects that could be found all around the Adopt Me! map. Players could collect them and they would go to their inventory as Toys. Ornaments were only available during the 2019 Christmas Event, and are currently unobtainable unless through trading.

Below are the 7 ornaments that were available during the 2019 Christmas Event:

Reindeer and Santa ornaments appeared in a number of places, such as on top of the neighborhood entrance billboard and at the point of the Sky Castle. They could also been found to the top of the Ice Cream Parlor, the car featured on the Car Showroom, and on the Toy Shop located near the penguin and llama plushes.

Elf and Star ornaments appear in other places such as the small blue slide in the Pool Party and in this area's pool of water. It also appears on the second level of rocks at this location. Other places these can be found include the roof of both the Nursery and the School. It can also be located behind the hospital or under the main white Adoption Island bridge.

Snowflake, Ornament, and Candy Cane ornaments could be found outside the Supermarket at the entrance of the parking lot. They could also be found at the Campsite near the bonfire. Other places these could be found include the giant tree branch behind the Potion Shop, on the red and wood bridge, outside the Nursery, on top of the Pet Shop roof, and random places on the road.

After the player collects an ornament, they would then be required to place the free Christmas Tree in their house. By interacting with any of the ornament, they were then able to toss it onto the tree, which added a certain amount of Spirit.

Depending on how much spirit the tree had, the more

Gingerbread the player could collect. 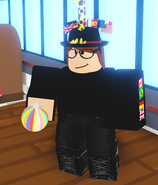 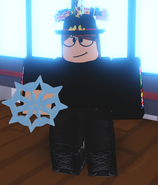 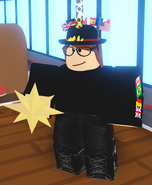 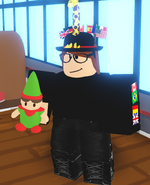 The Reindeer Ornament.
Community content is available under CC-BY-SA unless otherwise noted.
Advertisement