Adopt Me! Wiki
Register
Don't have an account?
Sign In
Advertisement
in: Mythic Egg Pets, Limited, Pets,
and 5 more

The Merhorse is a bipedal horse with a lavender body and a light blue belly. It has two big black eyes and two pairs of lavender wings with the same light blue wing membrane. The Merhorse has a light blue mane on top of its head and small fins coming out of its side. There is also a tail and fin at the end of its body.

Here are the tricks the Merhorse learns in order:

The Neon Merhorse glows white on the parts of the fins, mane, and underbelly. 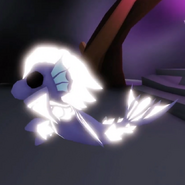 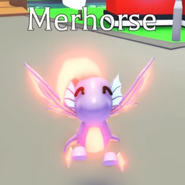 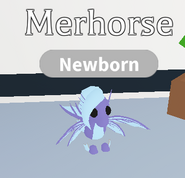 A Merhorse in-game.
Community content is available under CC-BY-SA unless otherwise noted.
Advertisement