Adopt Me! Wiki
Register
Don't have an account?
Sign In
Advertisement
in: Pets, Gamepass, Gamepass Pet,
and 7 more

The Lavender Dragon is a legendary pet in Adopt Me!. It was released on February 8, 2022 as a compensation for the players who had previously purchased the DJ Gamepass. The reason for this is that the DJ Gamepass is broken due to a bug in a Roblox update.[1] It can also be obtained through trading.

Here are the tricks the Lavender Dragon learns in order: 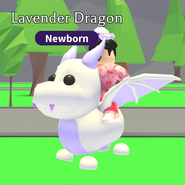 A player riding a Lavender Dragon. 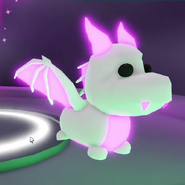 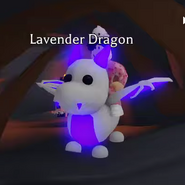