Adopt Me! Wiki
Register
Don't have an account?
Sign In
Advertisement
in: Buildings, Ice Cream Shop, Robux,
and 11 more

To provide players with food items and Golden Goldfish

The Ice Cream Parlor is a shop in Adopt Me!. This is a shop ran by a female NPC named Elsa. Players can purchase Ice Cream with their

bucks, and Golden Goldfish with Robux. The Golden Goldfish can be used to obtain a Penguin or Golden Penguin. The exterior of the building is a large upside-down ice cream cone with spilled pink ice cream on the bottom. Inside the shop, Penguins are seen skating on the ice rink, and a pink-colored booth selling items is in the middle of the rink.

These are the current items that can be bought in the Ice Cream Parlor:

After players purchase an Ice Cream Cone, they can add up to three scoops of Ice Cream onto each cone.

The front of Elsa's stand in the Ice Cream Parlor.

The back of Elsa's stand with the Golden Goldfish.

The back of the shop with Penguins and a Golden Penguins. 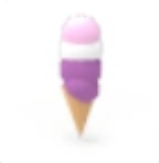 The Ice Cream the parlor sells.
Community content is available under CC-BY-SA unless otherwise noted.
Advertisement