Adopt Me! Wiki
Register
Don't have an account?
Sign In
Advertisement
in: Monkey Fairground Event, Toys, Uncommon,
and 10 more

Can be thrown for an equipped pet to fetch.

The Hypnotic Flying Disc (formerly known as the Hypnotic Frisbee) is a limited uncommon toy in Adopt Me! that was added to the game as part of the Monkey Fairground Event. It can be obtained through opening Monkey Boxes or trading. Like other frisbees, once it is thrown, the player's equipped pet will fetch it.

The Hypnotic Flying Disc is a flat, circular black disc with white swirls curling to its middle. As true to its name, it is meant to mimic a hypnotic swirl. 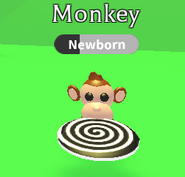 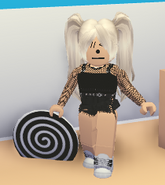