Adopt Me! Wiki
Register
Don't have an account?
Sign In
Advertisement
in: Events, Halloween Event (2020), Limited,
and 7 more

The event's currency was

Candy, which could be used to purchase Bat Boxes, pets, toys, and vehicles in this update. A new

Robux pet was introduced, the Cerberus, and there was a temporary event pet, the pet Pumpkin. Candy could've been obtained through the two minigames: Spirit Showdown and Pumpkin Smash. Players would receive

200 from the Headless Horseman daily. Players could also buy Candy with

Players could play two minigames to earn candy; Spirit Showdown and Pumpkin Smash. Players had to wait 30 minutes once a minigame finished to play again.

In the Spirit Showdown Minigame, players captured a Ghost Bunny by spam clicking on it or holding their mouse. After they click at it a single time, the Ghost Bunny automatically starts getting captured by their spirit vacuum. When players used their spirit vacuum on a Ghost Bunny, their score went up. The higher the score, the more candy players earned. In the second stage of Spirit Showdown, players would battle the Boss Ghost Bunny, a giant Neon Ghost Bunny. It attacked by charging and spinning into and knocking over players, and raining particles under them which inverted the controls of the players (such as that with the WASD keys, the W key goes backwards and the S key goes forwards). When a player came into contact with the Boss Ghost Bunny, a fear effect was applied on them which froze the player in place for a few seconds. The purplish-pink aura around the boss ghost, as mentioned by @PlayAdoptMe on YouTube, was where its range of hit was. To not get affected by fear, or getting flung backwards, players would stay out of the aura to avoid the aura. The aura would only appear to players if they had their graphics at a certain setting.

In this minigame, players would "smash" through pumpkins to earn more candy by running through large floating pumpkins. The large half-pumpkins act as jump pads, and they could use them to get to higher ground where there were more pumpkins to smash, or to smash the pumpkins stacked vertically on top of the jump pads. After completing the game for the first time, players could earn a temporary flyable and rideable Pumpkin pet. As players smashed pumpkins, their boost bar went up. When the boost bar was full, each pumpkin the player smashed earned double points. Additionally, players ran faster after collecting 4 pumpkins for a short amount of time, allowing players to collect more of the pumpkins.

There were some new pet wear items that are somewhat related to the Halloween Event (2020). However, unlike all the other items from this event, they were available in the Accessory Shop for Bucks.

These items were obtainable during the Halloween Event (2020) for a limited amount of time. They could have been bought with Candy while they were still available in one of the Halloween shops.

Note: The Pumpkin was a temporary pet and was removed from all players' inventories after the event, but the Cerberus is available permanently. All the other pets in this event are now limited.

Concept art of the Cerberus. 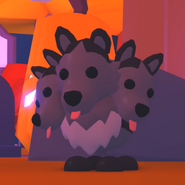 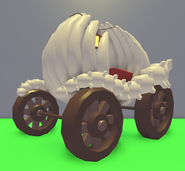 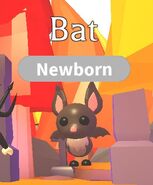 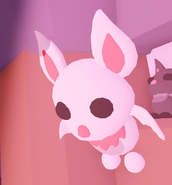 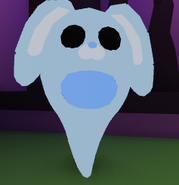 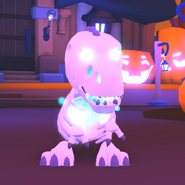 Exchange rate of Robux to Candy
Community content is available under CC-BY-SA unless otherwise noted.
Advertisement