Adopt Me! Wiki
Register
Don't have an account?
Sign In
Advertisement
in: Pets, Legendary Pets, Gamepass Pet,
and 4 more

The Golden Penguin is a legendary pet in Adopt Me!. It can be obtained by buying the Golden Goldfish for

The Golden Penguin is a reskin of the Penguin. It looks exactly the same as the Penguin, except its body, beak, arms, and flippers are a vibrant yellow color instead of black.

Listed below are the tricks that a Golden Penguin learns in order:

The Neon Golden Penguin's back and arms glow a bright yellowish-golden color. 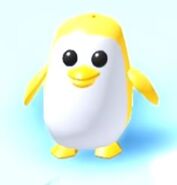 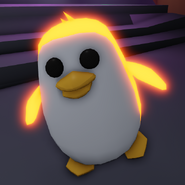 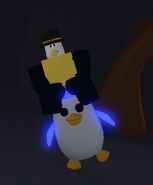 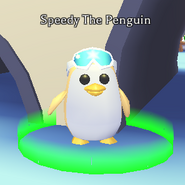