Adopt Me! Wiki
Register
Don't have an account?
Sign In
Advertisement
in: Eggs, Star Rewards, Legendary,
and 2 more

The Golden Egg is a legendary egg in Adopt Me! that was released on March 20, 2020. It is one of the available rewards in the Star Rewards and can be obtained by either logging in daily to collect Stars until the player has reached 660 stars (180 days), or trading. The Golden Egg is similar to the Diamond Egg, with the same pets but with a different variety. 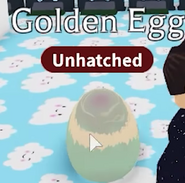 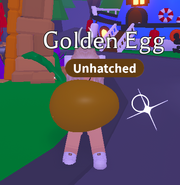 A player holding a Golden Egg at night.