Adopt Me! Wiki
Register
Don't have an account?
Sign In
Advertisement
in: Interactable, Pet Accessories, Limited,
and 5 more

View source
watch 02:59
Wiki Targeted (Games)
Do you like this video?
Play Sound
Not to be confused with 'Party Crown .

Unknown
The Founder's Crown is a limited rare pet accessory in Adopt Me! that was released on April 3, 2020. It is currently part of the 'Pet Wear' category and is worn on a pet's head. It is no longer obtainable and can only be obtained through trading.

However, players could have only done this before the Dress Your Pets Live Event, and the Founder's Key is no longer obtainable.

The Founder's Crown features a golden crown with an interior of red plush, encrusted with purple jewels on the outside. 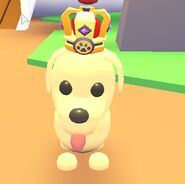 The Founder's Crown on a Dog. 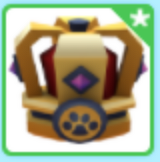 The Founder’s Crown in a player's inventory. 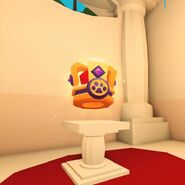 The Founder’s Crown on the pedestal in the Vault.
Community content is available under CC-BY-SA unless otherwise noted.
Advertisement