The Fallow Deer features a brown coat with a pale brown underbelly, white spots, two antlers which slightly protrude backwards, very large ears, and black hooves. The Fallow Deer hops constantly in its idle animation and springs up when it moves.

Here are the tricks the Fallow Deer learns in order:

The Neon Fallow Deer glows light green on its spots, underbelly, antlers, and around its eyes. 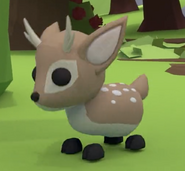 A teaser image of the Fallow Deer. 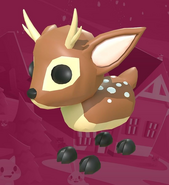 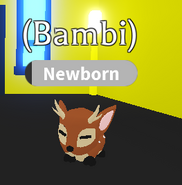 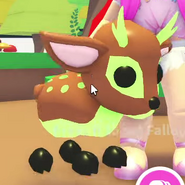 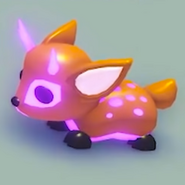