Here are the tricks the Emu can learn in order:

In its Neon form, the Emu's beak, wings, and feet all glow a bright orange color.

In the Mega Neon form, the Emu cycles through the colors of the rainbow on the areas as its Neon form. 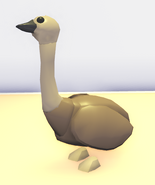 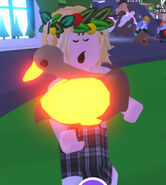