Adopt Me! Wiki
Register
Don't have an account?
Sign In
Advertisement
in: Pets, Gamepass, Christmas Event (2019),
and 11 more

The Dalmatian (formerly known as the Santa Dog) is an ultra-rare pet in Adopt Me! that was obtainable for

250 during the Christmas Event (2019). It was only available for three days before it went off-sale. It can now only be obtained through trading.

The Dalmatian is a remodel of the Dog, but white with black spots. It has two big black eyes and a snout, with its tongue sticking out. When it was first introduced to the game, the Dalmatian wore a Santa Hat on its head.

Here are the tricks the Dalmatian learns in order:

The Neon Dalmatian's ears, feet and tail glow mint green, and the Neon Santa Dog glowed in the same areas, with the addition of its Santa Hat glowing bright red. 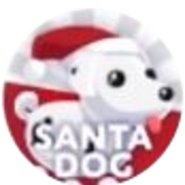 The Santa Dog on the Christmas Day Thumbnail. 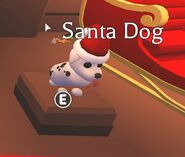 The Santa Dog displayed in the Christmas Shop. 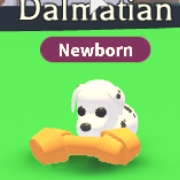 A Neon Dalmatian before the Dress Your Pets Update. 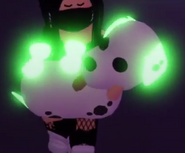