Adopt Me! Wiki
Register
Don't have an account?
Sign In
Advertisement
in: Gifts, Toys, Rare,
and 8 more

Throw this toy for an equipped pet to retrieve back and return to the player.

The Crown Flying Disc (formerly known as Crown Frisbee) is a limited rare toy in Adopt Me! that could previously have been obtained from an old Gifts rotation. It is now unavailable and can only be obtained only through trading. To interact with the Crown Flying Disc, a player clicks on their screen and their equipped pet will bring it back to the player.

The Crown Flying Disc features a dark red with gold-framed crown complete with golden lining. It bears the most resemblance to the modern royal crown. 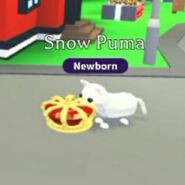 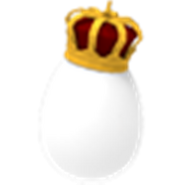 The Royal Egg which the throw toy is compared to.
Community content is available under CC-BY-SA unless otherwise noted.
Advertisement