Adopt Me! Wiki
Register
Don't have an account?
Sign In
Advertisement
in: Pets, Uncommon, Uncommon Pets,
and 6 more

The Crab has a red shell and a peachy red underbelly. It has two beady black eyes and two large claws with a peachy red movable finger on each of its claw.

Here are the tricks the Crab learns in order:

The Neon Crab glows bright pink on its underbelly and movable fingers.

A Mega Neon Crab glows in the same areas as a Neon Crab, except those areas cycle through the colors of the rainbow. 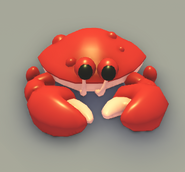 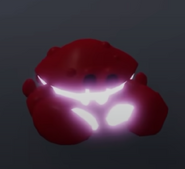