Adopt Me! Wiki
Register
Don't have an account?
Sign In
Advertisement
in: Pets, Robux, Interactable,
and 5 more

The Cobra is a premium legendary pet in Adopt Me! which can be obtained by purchase for

500 in the Sky Castle or by the Robux pets/shop menu. It can also be obtained through trading. It was released on June 17, 2021.

The Cobra has magenta spots throughout its orange-colored skin and has a light tan underbelly. It has a large hood, with two beady black eyes on its face. It also has a flickering red forked tongue with two white pointy fangs on each side.

Here are the tricks the Cobra learns in order:

In its Neon form, the Cobra's spots and tongue glow a bright red color.

The Mega Neon Cobra glows in the same areas as the Neon Cobra, except that it cycles through the colors of the rainbow.

A teaser image of the Cobra.

The Cobra when it was just a statue in the Sky Castle on Adopt Me!'s thumbnail. 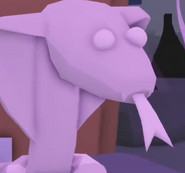 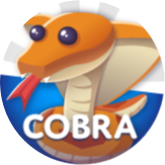 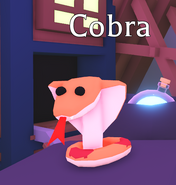 A Cobra on display in the Sky Castle. 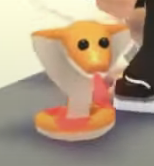 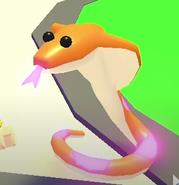