Listed below are the tricks the Australian Kelpie learns in order:

In its Neon form, the Australian Kelpie's ears, feet, and underbelly glow in a vibrant and distinguishable periwinkle color. 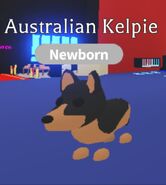 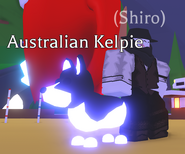