Adopt Me! Wiki
ALL POSTS

Ik dis has got nothing to do with adopt me but i just wanted to give y'all a warning when meeting rude roblox players.....we all know reporting doesn't work...wat i would do is screenshot the bad things them players r doing and send to roblox's twitter page or discord if u guys have it. i just met a very rude player in epic minigames harrassing me and other players: Aestenticsx (his username)

Another player who wanted to team up with him: Maya_zero was also being rude and arrogant (not trying to be rude myself) 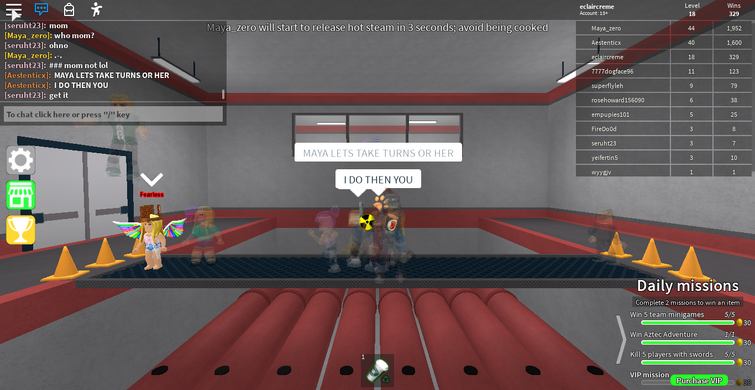 He was basically trying to use some kind of gear to kill me or idk but something rlly disturbing and rude and told maya to do it on me too...

So sorry for wasting all of ur time but please do protect ur self and stay away from players who seem to bully/annoy u...ty for ur patience ❤

Oh, sorry, that really sucks. There is a lot of rude use of language and words on adopt me especially. I know what it feels like, it is disgusting how many people on Roblox find joy in being obnoxious.

Ikr like they just attack us for no reason!

It kinda does work cause a i met a scammer wanting to scam a person and i called her "big fat scammer" XD And I walked away, she reported me .after a few hours i got a warning about following the roblox rules.But she kinda deserve being called that ;)

It was a quite a long time ago in adopt me, and about the warning roblox didnt say it would kick me out of roblox or anything but it did stop me and took me to home page and showed a roblox rule and i had to press accept

That is just, horrible! I'm so sorry you had to deal with that! >:O